Temple to Visit in Manali

Here is a list of temples in Manali which you can explore and feel blessed. Manali is very popular tourist destination, but Manali has its own culture and religion. When we track, the town name origins be getting this name relate it to the lawgiver Manu. Krishna Temple at Thava is a small, but local population Conviction. Jamula Temple in Malana village, Hadimba Devi Temple, Manu Temple, Vashisht Temple, Manikaran Sahib etc. are some other places of popular worship and Conviction. Few Popular temple detail given below .

It is an age-old temple enthusiastic to Hidimbi Devi, wife of Bhima, a character in the Indian epic Mahabharata. The temple is surrounded by an evergreen forest at the foot of the Himalayas. It is built over a huge rock jutting out of the ground which was worshiped. In the 16th century Hadimba Temple was constructed and its a one of the best place to visit in Manali . According to the Hindu tradition, the giantess Hadimba ruminate in this region as an amends for her evil. So, she was given the post of Goddess by the most powerful Goddess Durga, whose 10 cm footprint is frozen at the entrance of the temple. This beautiful temple was constructed by Maharaja Bahadur Singh in a distinctive architectural style. Visit this delightful & holy temple once in your life . 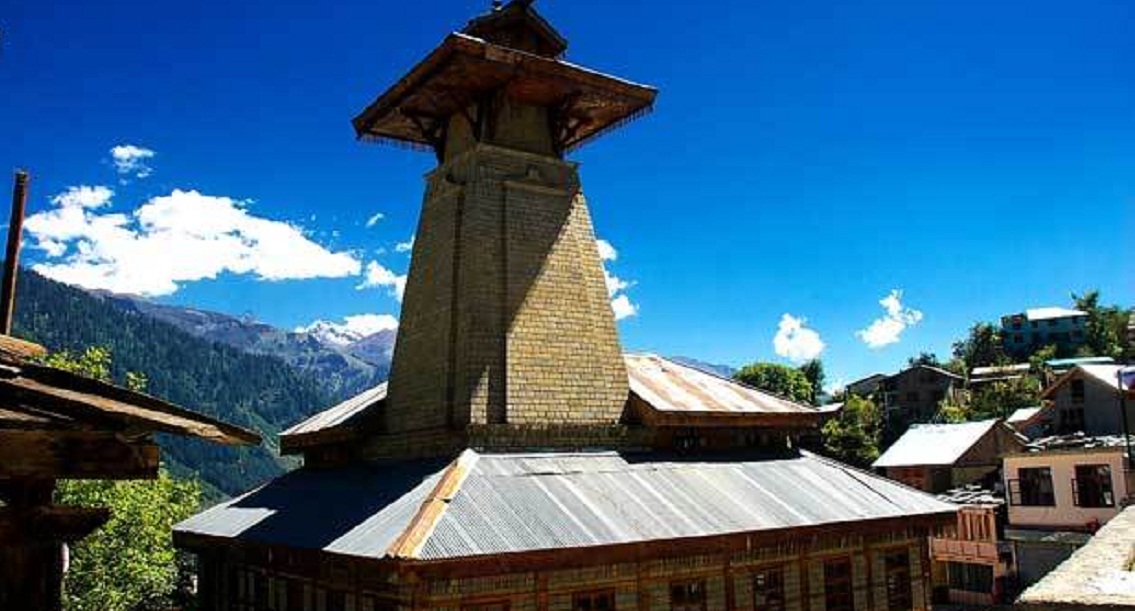 This glittering temple is faithful to the sage Manu, who is said to be the inventor of the world and the writer of Manusmriti. The Manu Temple is situated in old Manali, at a distance of 3 km from the main bazaar. Though this area is quite teeming, the attendance of the River Beas adds to its attraction. The temple is one of the best part of existence attractions in Manali and is admitted to being the same site where sage Manu meditated. The visitor is considered to wear clothes covering the knees and shoulders inside the temple.

Vashisht village situated around 3.5 km from Manali, across the River Beas. This delightful village is popular for its hot sulfurous water springs and Vashisht temple, built a few meters away to the springs. It is believed that spring water has a healing power, which can medicine many skin diseases.Vashisht temples dedicated to a local saint Vashisht and Lord Rama.